You’re an IT manager at a large ship management company.  You are responsible for rolling out the computer operating system on the entire fleet of 100 vessels. Times are tough and you’re on a tight budget. The price you have been quoted for the licenses is pretty high! 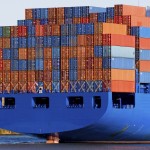 You start to wonder:

“What are the chances that somebody is going to check up that I have all the valid certification?  If I just get bootleg copies of the software I’ll save my company a ton of money”.

So why do some ship managers overlook a very similar kind of scenario when it comes to movie licensing?

Ships are an extension of the office at sea.  They are the lifeblood of their owners’ business and the idea of a vessel being impounded for breach of copyright law, unwittingly or not, doesn’t bear thinking about. 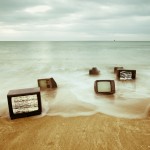 It may come as a surprise to many but it is illegal for a seafarer to take a shop-bought movie onboard a ship to watch on their own personal DVD player or laptop.  Even if the DVD was purchased in good faith from a reputable retailer (i.e. it’s not an unwatchable pirated copy) both seafarer and by extension their employer are actually breaking the law.   This is because every movie taken onto a ship, for personal or communal viewing, requires a non-theatrical viewing licence (under the Copyright, Design and Patents Act 1988, Section 16.1c).

It’s safe to say that a significant number of movies watched at sea are not properly licensed and the big Hollywood studios are clamping down as they see millions of dollars of revenue floating away over the horizon each year like errant shipping containers. As a seafarer, you would probably rather avoid giving your head office a costly legal headache.

But aside from this why should you care about whether the movies that you watch onboard are licensed or not? Each year, the studios incur losses running into hundreds of millions of dollars due to breach of copyright and lack of proper licensing.  That might not sound like a huge amount when big budget blockbusters like the Dawn of the Planet of the Apes continue to break box office records. 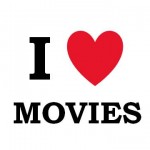 However it’s the smaller independent productions companies, releasing the little known gems, that suffer most with record numbers going bankrupt or being absorbed by major studios in recent years. Falling revenues mean that the major distributors are less willing to take a chance on unproven young filmmakers. The new breed of exciting directors like Nicolas Winding Refn (Drive, Only God Forgives) and Josh Trank (the forthcoming Fantastic Four reboot) only got their break thanks to brilliant little ‘indie’ releases like Bronson and Chronicle.

A strong independent movement is vital to keep bringing the talent through. In 1967 a studio took a chance on an experimental little movie, I Call First, by a fledgling Italian American director, fresh out of New York University’s film school.  If Martin Scorsese was starting his career today he may well have lacked the studio backing to take his first steps onto the directorial ladder.  We would exist in a sad alternative universe without Raging Bull, Goodfellas and The Wolf of Wall Street – the kind of classic movies that make us laugh, cry, dream or sometimes just help us unwind after a hard day’s work. 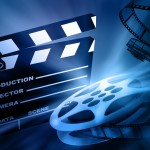 So how do you ensure that the movies enjoyed on your ship are legal?

Ask your crew welfare manager or operations department to contact us and find out more about our MOVIElink service.

All MOVIElink films are guaranteed to be specifically licensed for viewing at sea, offering complete peace of mind for ship manager and seafarer alike.  Regular packs featuring brand new blockbuster releases from all the major and independent Hollywood & Bollywood studios can be supplied via head office or direct to vessel. Films are of the highest quality and often dispatched months in advance of their retail release date.

Perhaps most importantly you will be helping to ensure that classic movies get made long into the future!

Make sure you have ‘A Licence to Thrill’!

This fully licensed movie service with latest-release films from around the world helps your maritime operation meet MLC-2006 recommendations relating to crew entertainment.

Films are provided in a range of formats, from delivery of hard-copy DVDs direct to ship agents anywhere in the world, to a fully digital service for fleets with greater communications capacity (Find out more about IP MobileCast).

MLC 2006 states: “ Consideration should also be given to including the following facilities at no cost to the seafarer, where practicable: (c) Showing of films, the stock of which should be adequate for the duration of the voyage and (…) changed at reasonable intervals.” (MLC 2006: B3.1.11) 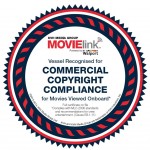 Simple, effective and available in flexible packages to meet your budget, MOVIElink sets a new standard in crew welfare and allows ship managers to follow a ‘best practice’ solution, ensuring film and other media content onboard is authentic, legal and ahead of mainstream release.