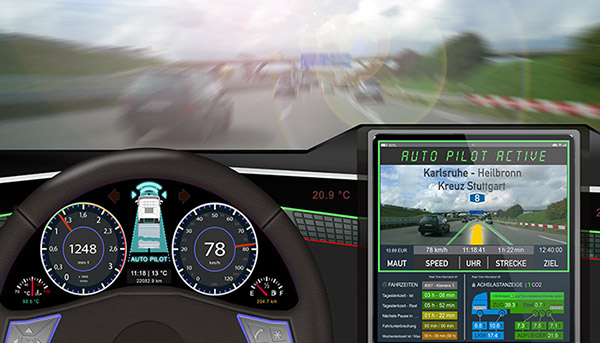 Over the last few days, we’ve seen some really exciting news in the world of driverless cars. First, Tuesday, Ford Motor Company made a bold announcement last Tuesday: to have a fleet of driverless cars on the road by 2021. Then, two days later, reports were published that Uber would deploy its first self-driving fleet for passenger service in Pittsburgh this month!

Now these companies aren’t talking about cars with advanced driver-assist here, but eventually full blown autonomous vehicles, according to the coverage in Automotive News:

In the case of Uber, their vehicles, which have been undergoing road testing since May 2016, are take a more incremental route as described by BloombergBusinessweek:

Uber’s Pittsburgh fleet, which will be supervised by humans in the driver’s seat for the time being, consists of specially modified Volvo XC90 sport-utility vehicles outfitted with dozens of sensors that use cameras, lasers, radar, and GPS receivers.

This goes significantly beyond what Tesla has been trying to achieve with its Autopilot system as reported last month by Will Oremus at Slate.com. It sounds like Ford and Uber are both aiming for what is considered “Level 4” or full automation in their vehicles though Uber’s cars do come with a driver for now:

For now, Uber’s test cars travel with safety drivers, as common sense and the law dictate. These professionally trained engineers sit with their fingertips on the wheel, ready to take control if the car encounters an unexpected obstacle…“The goal is to wean us off of having drivers in the car, so we don’t want the public talking to our safety drivers,” [Engineering Director Raffi] Krikorian says.

These are impressively aggressive timelines. While there’s been tremendous progress in the technology required, there are still considerable advancements that must be made on the driverless technology itself as we observed following the news of the fatal Tesla crash in July. For example, many driverless car initiatives involve technology, as described in news coverage, including:

I’m interpreting “mapping” to mean GPS/GNSS. Another major element that is sometimes overlooked in media coverage is inertial navigation systems. Most engineers involved with autonomous driving technology believe that inertial solutions play an essential role in providing additional support for satellite-based navigation signals, as well as LIDAR and optical sensors. 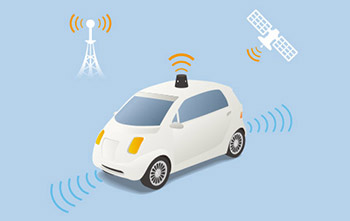 The concept of this type of sensor fusion-based navigation is to provide redundancy that dependence upon one or two sensor solutions does not. In this case, inertial systems will provide critical navigation and positioning support when GPS is blocked or disrupted and enhance the overall sensor network and the data available.

An example of the vulnerability of GPS alone is something we’ve all experienced. Try driving with your GPS on in Manhattan and look where your nav system tends to go off the rails. In so-called urban canyons created by tall buildings or through a long tunnel, the GPS satellite signals can be blocked and your vehicle icon appears two blocks away from where you actually are or all navigation input is lost temporarily.

Achieving the goal of safe, reliable autonomous vehicles also goes beyond making the navigation systems rock solid. For fleets of cars like the design proposed by Ford, there are a host of other issues that the industry still needs to address. For example, regulations under development require vehicles be equipped with driver controls like steering wheels and brake pedals, and have at least one licensed driver, according to Bloomberg Technology:

[California’s] Department of Motor Vehicles is finalizing regulations for the everyday use of autonomous cars with the goal of releasing them in the next year. They would require a licensed driver — and a steering wheel — just in case something goes wrong.

While not set in stone, these requirements could delay some driverless car vehicle concepts that are currently underway.

However, overcoming and addressing these challenges creates a tremendous opportunity for auto makers and technology firms, in addition to being a heck of a game changer for our transportation infrastructure, along with mobility for the elderly, the blind, and others according to Bloomberg Technology.

Getting there could open up a massive market. The sale of autonomous car components is expected to grow from $42 billion in 2025 to $77 billion by 2035, according to Boston Consulting Group data. The cars could represent 25 percent of the worldwide market by 2035, the data show.

Companies like Ford, Uber, Google, Tesla, Uber, Toyota, Volvo, and BMW, are pushing the envelope of what our cars can do. These are exciting times for KVH as we continue to play an important role in these developments, as well as for us all to see what happens from the perspective of a 21st century driver.

From Antique to High-tech, Backup to GNSS in in Great Demand

Eye in the sky

September 29, 2010 Pam Cleveland FOG/Inertial Nav Comments Off on Eye in the sky

It sounds like something out of a summer action movie – a late night pursuit of a criminal, law enforcement helicopters streaking overhead to keep […]

How Loud is that Doggy in the Window?

January 25, 2016 Chris Watson FOG/Inertial Nav, Military Comments Off on How Loud is that Doggy in the Window?

When it comes to defining success in robotic design, the focus is often on how well the robot moves and reacts to changing topography and […]