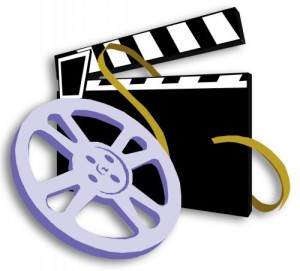 Seafarers bear closer resemblance to Captain Kirk on the starship Enterprise than they do to Blackbeard the Pirate in terms of the presence of technology on vessels today, where smartphones, tablets, laptops, TVs, and computers are common. But modern mariners may inadvertently be taking on the pirate’s role when they watch personal DVDs in the ship’s lounge areas or download a movie over the ship’s Internet service. As reported on the blog of the HKShippingForum, a Hong-Kong based site for the global shipping industry, a ship was recently threatened with a lawsuit by a movie production company that had discovered a crew member downloading a movie illegally while onboard the ship. The production company even threatened to sue the vessel’s Internet provider. The Internet provider then put the vessel’s IP address on a watch list and said it would limit the vessel’s Internet if more illegal downloads were detected.

International copyright law classifies merchant vessels as commercial enterprises, and the laws relating to what types of entertainment can be legally used would probably shock most ship owners. Obviously pirated movies, music, TV shows, etc., are illegal, but it is also illegal to watch personal copies of DVDs onboard commercial ships. So if crew members are bringing stacks of their own DVDs onboard, the shipping company is liable for copyright infringement because it doesn’t have the appropriate commercially licensed movie, music, etc. This requirement is further complicated by differing definitions (by country) of whether a crew member’s quarters constitute a private or public venue.

This has never been a big concern for shipping companies, because nobody ever inspected ships for compliance with this kind of law. All of that has changed with MLC-2006, so this is going to become a bigger issue going forward. If the ship owner supplies TVs for their crews to watch and doesn’t supply commercially licensed content, they’re asking for trouble. MLC-2006 is a recently implemented international maritime standard for seafarers’ working conditions, and includes recommendations for providing Internet access, movies, and other entertainment to mariners.

Fortunately, there are affordable options available to provide legal, commercially licensed, movies, TV shows, news, sports, and music onboard vessels. The cost is comparable to what you might pay at home for cable TV service. KVH offers this content through the IP-MobileCast content delivery service, which broadcasts sports, TV shows, movies, music, and news to ships via satellite. KVH also offers straight subscriptions to commercially licensed content through the KVH Media Group.

This is an important issue, and we would enjoy hearing how other people are solving the problem to ensure there are no accidental Blackbeards pirating copyrighted material on the vessel.

About Chris Watson 73 Articles
Chris is the senior director of marketing for KVH Industries. A lifelong sailor and storyteller, he's a self-professed geek who finds all of this technical stuff fascinating.

Why is basketball so popular in the Philippines?

January 3, 2018 Sue Henney Commercial Maritime, Featured Comments Off on Why is basketball so popular in the Philippines?

Brazil has soccer, the Philippines has basketball! As coverage of Philippine basketball, including select full games, is coming to merchant ships through KVH’s NEWSlink Print, […]