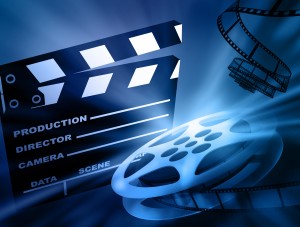 Your yacht’s on the hard, and you’re back home, landlocked for the holiday season. Or you’re onboard and you’ve taken cover from a squall by hiding out in the salon (and you’ve had the foresight to install KVH TracVision). Don’t despair: These yachting and fishing gems of the silver screen, some of them dramatizing sinkings and disaster, are sure to keep you, at the least, occupied, and at the fullest, on the edge of your seat.

With a few plot lines drawn from the Internet Movie Database, here are our picks for top boating flicks to enjoy this holiday season:

Based on the true story of Captain Richard Phillips, Somali pirates hijack the US-flagged MV Maersk Alabama, the first American cargo ship to be hijacked in two hundred years.

Why see it: It’s a great rescue film that will keep you on the edge of your seat.

Pirates of the Caribbean: The Curse of the Black Pearl (2003)

A blacksmith teams up with a notorious pirate, Jack Sparrow, to save the woman he loves from Jack’s former allies, who have come back from the dead.

Why see it: This is great entertainment — funny with great cinematic effects.

A seventeen-year-old aristocrat falls in love with a kind, but poor artist aboard the luxurious, ill-fated R.M.S. Titanic.

Why see it: Hollywood does it again and cuts no corners recreating a tragic tale.

An unusually intense storm, known as the “Halloween Storm” of 1991, catches the fishermen of the Andrea Gail and sends them to a tragic fate.

Why see it: This true story and all its unresolved subplots became even more controversial after it became a major motion picture.

Mid-ocean, a mass-murderer kidnaps and tries to seduce a young woman after leaving her husband to die on the vessel whose crew he’s just slaughtered.

Why see it: The intense suspense is carried by three excellent actors, including Nicole Kidman, on two sailing yachts.

This is the recounting of a whaling ship’s sinking by a sperm whale in 1820 that would inspire the great novel Moby Dick.

Why see it: Herman Melville’s pursuit of the great American novel is documented here.

This documentary about the 1968 round-the-world yacht race, called the Golden Globe, focuses on the fabricated and tragic run by British businessman Donald Crowhurst.

Why see it: Here’s an excellent profile of a man obsessed with winning and an examination of how it plays on his mind.

In the early years of the 20th Century, two British yachtsmen stumble upon a German plot to invade the east coast of England in a flotilla of specially designed barges. They set out to thwart this terrible scheme, but must outwit not only the cream of the German navy, but the feared Kaiser Wilhelm himself.

Why see it: This thriller is espionage at its best, inspired by what many consider to be the first modern spy novel.

Harvey Cheyne is a spoiled brat used to having his own way. When a prank goes wrong onboard an ocean liner, Harvey ends up overboard. He’s picked up by a Gloucester fishing schooner heading out for the season. Stranded on the boat, he must adapt to the ways of the fishermen and learn more about the real world.

Why see it: This classic stars Spencer Tracy, Lionel Barrymore, and Mickey Rooney. Catch the authentic footage of the fishing schooners racing back to Gloucester, Massachusetts, with their catch.

A Chicago family decides to sail their yacht to Miami and, to do so, hire Captain Ron — who changes their lives forever.

Why see it: It’s very funny and … it could happen to you.

Jack London’s brutal Wolf Larson brings a shipwrecked aristocrat and a con woman aboard his doomed ship, the Ghost.

Why see it: With great performances by Christopher Reeve and Charles Bronson, this psychological thriller pits man against man.

A series of attacks causes a group of heroes to take to the water and try to stop the lone shark that is causing them.

Why see it: You don’t know the real Martha’s Vineyard until you see Jaws.

Based on the Ernest Hemingway novella, this movie is about an old fisherman’s journey, landing a huge fish that takes him out to sea.

Why see it: Man fights with a fish or is he fighting his own demons?

Why See It: It shows how quickly things can go wrong offshore.

During the Napoleonic Wars, a brash British captain pushes his ship and crew to their limits in pursuit of a formidable French war vessel around South America.

Why See It: Patrick O’Brian’s works are the source. Full of must-see great sea battles, this is as true as a story can be aboard a British warship during this era. Plus, you’ll never complain about the food you prepare in your galley again.

The Bounty leaves Portsmouth in 1787. Its destination: to sail to Tahiti and load bread-fruit. Captain Bligh will do anything to get there as fast as possible.

Why See It: It’s one of the greats; a young Marlon Brando gives a fantastic performance.

In this version of Herman Melville’s great American novel, the sole survivor of a lost whaling ship relates the tale of his captain’s self-destructive obsession to hunt the white whale, Moby Dick.

Why See It: Of all the film versions of Moby Dick, this is the best. Gregory Peck is outstanding as Ahab.

In Africa during WWI, a gin-swilling riverboat captain is persuaded by a strait-laced missionary to use his boat to attack an enemy warship.

Why See It: Here’s a wonderful classic, with memorable performances by Humphrey Bogart and Katharine Hepburn.

Australia wins the America’s Cup – the biggest prize in yachting – and Matthew Modine, as Will Parker, wants to win it back.

Why See It: No foiling 72-foot catamarans here, but it’s so bad, it’s good. A must-see for Wednesday night beer-can racers.

Get Onboard with this Holiday Gift Guide from KVH

KVH has launched a new KVH Technicians group on LinkedIn. This group was created to provide a forum for all KVH technicians and employees worldwide […]

The concept of a driverless car is one that challenges expectations of motorized travel ingrained in our culture for more than a century. The belief […]

Many factors go into creating KVH’s global mini-VSAT Broadband HTS network, which provides connectivity for vessels and yachts around the world, but a recent event […]