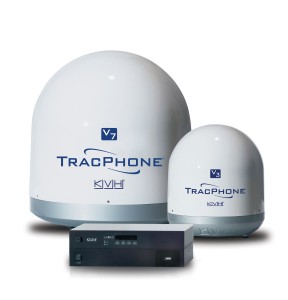 Were you ever the new kid at school or in the neighborhood? Did you feel awkward as people looked at you funny, wondered why you might have a bit of an accent that was different from everyone else, or avoided you until they got to know you? Then something clicked and people realized just how much you had to offer, how different could be good (and perhaps even better) and, like Kevin Bacon in Footloose, you’re suddenly the most popular kid in town?

Of course, it only took Kevin Bacon less than 2 hours to make that transformation while it took our TracPhone antennas and mini-VSAT Broadband just a little longer to make that leap but we did it. After a bit more than three years in operation and initial scoffing from existing service providers (“small antennas won’t work with VSAT!”, “KVH doesn’t have the resources to roll out a global network!”, “The service can’t possibly be reliable enough!”), the KVH mini-VSAT Broadband network is now the world’s most popular maritime VSAT service following the shipment of our 1,500th antenna just a few days ago. In addition…

So on behalf of everyone at KVH, thanks to all of the fleet managers, vessel owners, and leisure boaters who were willing to take a chance on the new kid in school who offered something different, something unique, and something that had the potential to change how we think about SATCOM at sea. We appreciate your faith in KVH and our commitment to quality, reliability, and performance and trust we’ve lived up to our part of the bargain. We hope you’ll join in the celebration. Dancing and feathered 80’s haircuts are optional.
About Jill Connors 80 Articles
In orbit as Media Relations Manager for KVH Industries, Inc.

“When people buy a KVH product or solution, we want their experience to be great at every stage of the journey,” says Jeff Greer, KVH […]

Gorgeous boats are a fixture in advertising and with KVH TracVision and TracPhone products enjoying such a dominant position in the market, it’s no wonder […]

Meet KVH Media Group – a leading provider of licensed news, entertainment, and training content to the maritime, hotel, and retail industries – and part […]