The eyes of the world are on India as the latest Indian cricket league tournament is underway. This time around, seafarers won’t have to miss a stroke – but what they can expect from the new season?

April 2018 saw the start of the Indian cricket tournament. With so many cricket fans at sea, it is fantastic news that KVH will be bringing coverage to vessels all over the world with the NEWSlink™ Print Indian Cricket Special Edition.

It is set to be an amazing season, with even more excitement than ever before. If you thought the previous 10 years had seen some of the best cricket ever – it seems this tourney could eclipse all that.

The season, which runs from through 27 May 2018, will see the return of several teams after serving two years of suspension, and there is even new technology to get excited about, too, as the Umpire Decision Review System makes its debut.

The tournament involves each of eight teams playing every other team twice in a home-and-away, double round-robin format. Then the top four teams, based on aggregate points, qualify for the playoffs. Got that? 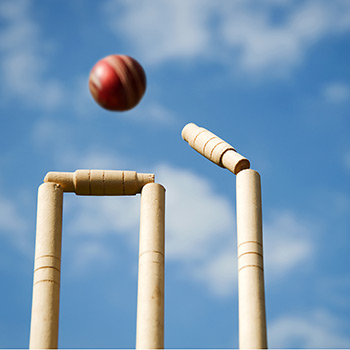 For those of you new to all this, the league tournament is about T20 cricket – this isn’t the old test series of days waiting for results. This is ball bashing, adrenaline pumping excitement.

Twenty20 cricket, sometimes written Twenty-20, and often abbreviated to T20, is a short form of cricket. It is a form of limited overs cricket that involves two teams, each with a single innings in which each team bats for a maximum of 20 overs.

A typical T20 game is completed in about three hours, with each innings lasting around 90 minutes and an official 10-minute break between. As a result, there is far more drama and a faster pace. The game has succeeded in spreading around the cricket world, as it is a more athletic and explosive form of the game. Players must have far higher levels of strength, speed, agility, and reaction time.

Nine venues were selected to host the matches. The opening match and the final will be played at the Wankhede Stadium in Mumbai, no doubt in front of a packed house and wildly enthusiastic crowd.

Across the games played last year, attendance approached two million mark. This time around, even more fans are expected to be clamouring to get tickets and witness the spectacle. For those who can’t get along to the stadia, television has been the go-to-source. Incredibly, the viewing figures in 2017 managed to break the 1 billion impressions mark. Clearly, people just cannot get enough of cricket!

The fact that seafarers no longer have to miss out is fantastic news. Obviously Indian seafarers are not the only cricket fans – but the ability to stay up to date at sea comes at a fascinating time as the number of Indian seafarers worldwide has exceeded 150,000 for the first time, according to India’s maritime administration, the Directorate General of Shipping (DGS).

Last season, Afghanistan players made their debut and this time, the league has the first cricketer from Nepal to join the world’s best T20 league. With 56 overseas players, the 11th season will include representatives from nine different nations, including Australia, England, New Zealand, South Africa and the West Indies so there is a T20 cricket buzz all over the world, as well as out at sea.

Get Onboard With Indian Cricket

Regardless of who ends up winning it all, there is tremendous excitement around this mega event. So, don’t miss out on all the excitement and drama that T20 cricket can bring. Contact KVH Media Group today at specials@kvhmediagroup.kvh.com to subscribe to the Indian Cricket Special Edition and make sure your seafarers can enjoy the latest news from the biggest, best, and brightest show in the cricketing calendar.

About Sue Henney 2 Articles
Sue has worked in the maritime industry for 25 years. She has responsibility for the marketing requirements at KVH Videotel. Sue is passionate about all things maritime and is a founding member and current port secretary of the maritime networking association, Liverpool Propeller Club, as well as a member of the UK’s North West Port Welfare Committee.

KVH has launched a new KVH Technicians group on LinkedIn. This group was created to provide a forum for all KVH technicians and employees worldwide […]

Put Your Device on a Data Diet

On land, you may not notice that apps, web browsers, or operating systems on your smart phone or tablet are gobbling up broadband data while […]

Knowledge Is Power – But a Flawless Product Installation Is Priceless

March 28, 2016 Chris Watson Commercial Maritime, Company, Featured Comments Off on Knowledge Is Power – But a Flawless Product Installation Is Priceless

It’s tough to pin down Rick Garrison because he’s on the road so much for KVH Industries, showing technicians proper installation procedures and troubleshooting strategies for […]